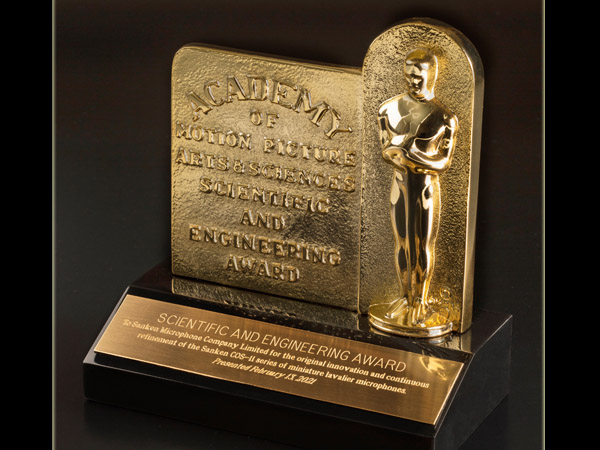 The Academy’s Scientific and Technical Awards honor the men, women and companies whose discoveries and innovations have contributed in significant and lasting ways to motion pictures.
Sanken Microphone Company Limited was awarded the 2021 Scientific and Engineering Award Academy Plaque for the original innovation and continuous refinement of the Sanken COS-11 series of miniature lavalier microphones.
Sanken has inspired the current generation of lavalier microphones through their early engineering of microphone orientation and miniaturization. The COS-11 series has become the predominant lavalier microphones used in motion picture production and sound recording through their exceptional sound quality and durability.