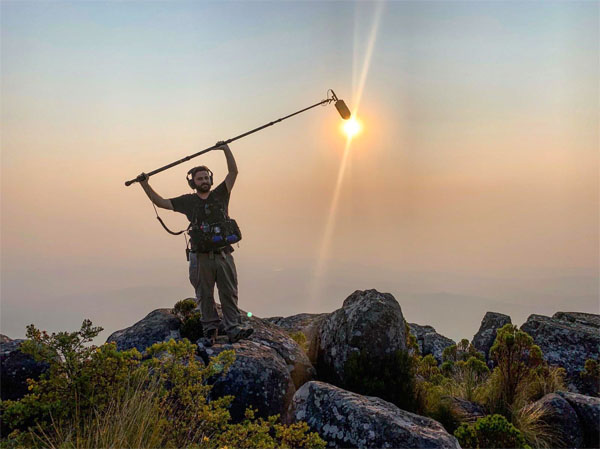 From Brazilian rainforests and mountain treks in India to volcanos in Nicaragua, production sound mixer Kevin Bellante never fails to raise an eyebrow with his photos from the field. He grew up in Chatsworth and now calls Los Angeles, California home, in the San Fernando Valley.

When he’s not recording sound for productions near and far, which is seldom, he enjoys camping and scuba diving (most recently at the Great Barrier Reef).

With such a busy schedule, we’re thankful that he managed to talk to us a little about his career and give us a behind the scenes perspective on some of his recent adventures.